A unique, bespoke campaign allowing audiences to make the My Burberry bottle their own in store, online and across billboards globally.

Burberry today launches My Burberry, its new timeless fragrance for women. Created by Burberry Chief Creative and Chief Executive Officer Christopher Bailey, My Burberry takes its name from the affectionate way in which people refer to their Burberry trench coat. Audiences will be able to make the My Burberry bottle and marketing campaign entirely their own through the brand’s most personalised physical and interactive campaign to date.

“I Put A Spell On You” performed by British musician Jeff Beck featuring Joss Stone, is the soundtrack to the campaign.

Monogrammed Bottle – Customers are able to physically personalise their My Burberry bottle with up to three initials through a monogramming service available on Burberry.com and selected Burberry and wholesale stores.

Interactive Billboard Campaign – Using smart phone technology, fans will be able to interact with the campaign on digital billboards at selective sites from London to New York, to personalise and project a giant My Burberry bottle with their initials.

Live mapping directions will then guide them to the nearest Burberry store where they can purchase their monogrammed My Burberry bottle. Users can also share their bespoke bottle across social media platforms including Facebook, Pinterest, Twitter, Sina Weibo, Google+, Youku, QZone.

Personalised television commercial – UK viewers of Channel 4’s on demand service, 4OD, are able to personalise the My Burberry TV campaign, ending the advert with a monogrammed My Burberry bottle with their own initials appearing on screen using innovative technology.

In-store takeovers – Dedicated My Burberry takeovers will take place in key retailers around the world including Selfridges London and Sephora Champs-Élysées, where customers will be able to create their own virtual monogrammed bottle on large screens, which they can then have produced in store.

Twitter and Facebook – From launch, users will be able to engage further with the fragrance by monogramming a digital version of the My Burberry bottle with their initials from within Facebook and Twitter’s native mobile apps and sharing the asset out to their newsfeeds and timelines.

Inspired by a London garden after the rain, the scent is the ultimate expression of the brand’s past, present and future.

The glass bottle, based on the same design principles and craftsmanship as the Burberry trench coat, features a hand-tied ribbon knot made from English-woven gabardine honouring the trench coat fabric, and a horn-effect cap reminiscent of the buttons.

A dedicated My Burberry make-up look has been created by Burberry Make-up Artistic Consultant Wendy Rowe.

Burberry, which is headquartered in London, was founded in 1856. It is listed on the London

Stock Exchange (BRBY.L) and is a constituent of the FTSE 100 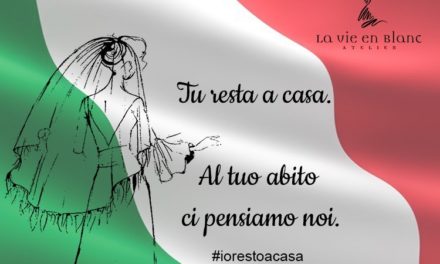